Lioness at the Gate 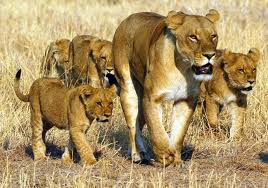 "I have said lately that women are like lionesses at the gate of the home. Whatever happens in that home and family happens because she cares about it and it matters to her. She guards that gate, and things matter to that family if they matter to her. For example, if the lioness at the gate believes in the law of tithing, tithing will be paid in that family. If that family has a humble little portion of ten pesos coming in, that lioness will safeguard the one peso if tithing is important to her. If that lioness at the gate knows about renewing her baptismal covenants with God, she will be in sacrament meeting on Sunday, and she will prepare her children to be there. They will be washed, cleaned, combed, and taught about that meeting and what happens there. It isn’t a casual event, but it is serious to her, and it will be serious to them. The lioness at the gate ensures that temple worship is taken care of in the family. She encourages that participation. She cares about seeking after her ancestors. If the lioness at the gate knows about and understands missions, missionaries, and the mission of the house of Israel, she will prepare future missionaries to go out from that home. It is very difficult to get a lion cub away from a lioness who doesn’t believe in missions, but if the lioness believes in a mission, she will devote her life to preparing the cub to go out and serve the Lord. That’s how important she is. Service happens if she cares about it.

"Sisters, you are each like the lioness at the gate."

Re-posted from here
No comments:

When the Heat Cometh


“Blessed is the man that trusteth in the LORD, and whose hope the LORD is.”
“For he shall be as a tree planted by the waters, and that spreadeth out her roots by the river, and shall not see when heat cometh, but her leaf shall be green; and shall not be careful in the year of drought, neither shall cease from yielding fruit.”

When we have hope and trust in the Lord, and not ourselves - with our limited understanding, and perspective - even ‘when heat cometh’ our roots will stretch deep enough that we won’t wither, never ceasing to yield the fruit which will bring us joy amidst trial.

Who Am I to Judge Another?

This is from last nights General Relief Society Meeting: 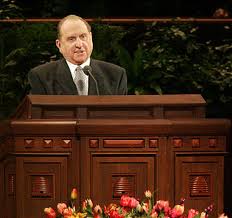 Mother Teresa, a Catholic nun who worked among the poor in India most of her life, spoke this profound truth: “If you judge people, you have no time to love them.” The Savior has admonished, “This is my commandment, That ye love one another, as I have loved you.” I ask:Can we love one another, as the Savior has commanded, if we judge each other? And I answer—with Mother Teresa—“No; we cannot.”

Email ThisBlogThis!Share to TwitterShare to FacebookShare to Pinterest
Labels: Judging, Self Worth 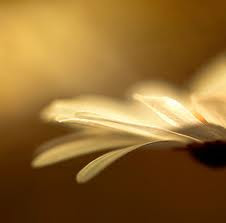 "If your compassion does not include yourself, it is incomplete."
Jack Kornfield
No comments:

Email ThisBlogThis!Share to TwitterShare to FacebookShare to Pinterest
Labels: Compassion

Straight to the Point:)

"You can be smart and happy or stupid and miserable. . . it's your choice"
- Gordon B. Hinckley
No comments:

"Dwelling on the negative simply contributes to its power."
Shirley MacLaine
So don't.
No comments:

The Power of Faith

President Marion G. Romney, a long-time counselor to Church presidents and a former President of the Quorum of the Twelve, said, "Blessed is he who, based on a knowledge
of the gospel has unshakable faith in the Lord Jesus Christ. Such a one has for his goal the attainment of eternal life. He has an anchor to his soul and a motive for action." (The Power of Faith, Deseret Book Co., 1983, p. 10)
President Romney then detailed four attributes of people who radiate such faith:
First, the possessors of such faith have a sound understanding of the purpose of life. They know that God lives, know that they are His children and that as such are endowed with the potential eventually to rise to the full status of their Heavenly Father.
Second, the possessors of such faith have a sure test by which to distinguish truth from error. They know that they live in a day of great conflict between good and evil, but they are strengthened by the knowledge that God, their Heavenly Father, has not abandoned them in the struggle, but has put within their reach the knowledge and wisdom upon which they can correctly distinguish good from evil.
Third, the possessors of such faith are fortified in their courage to resist temptation and live true to their conviction, like Joseph in Egypt.
Finally, the possessors of a well-informed faith enjoy peace of mind in the days of trial. There is no greater blessing than to be able to weather the trials with full knowledge that the Lord is with us in our times of need. (Summaries from The Power of Faith, pp. 10-14.)
Church News, June 2003
1 comment: 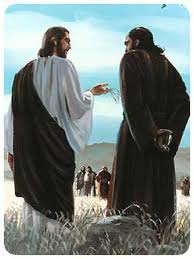 President Kimball taught how we might observe the Sabbath: “The Sabbath is a day:
(Teachings, 216).
No comments:

Email ThisBlogThis!Share to TwitterShare to FacebookShare to Pinterest
Labels: Sabbath

"Remember that there is no happiness in having or in getting. Reach out. Share. Smile. hug. happiness is a perfume you cannot pour on others without getting a few drops on yourself...."
- Og Mandino
No comments:

The Final Word in Reality 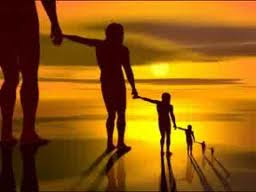 So as you can see I've changed the look of this blog somewhat. I'm not sure I like the background so that may change, but I think it looks less cluttered now, which I do like:). With the Playlist music would you prefer to click it to play it, or have it automatically start? I can't decide which is better, and is there anything that you would like me to focus more on in this blog?

Lastly, I just wanted to say a big thank you to you all for stopping by too - you always make my day brighter:).
Sarah
No comments:

Seeing What You Believe 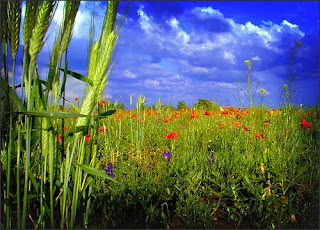 "Faith is to believe what you do not see; the reward of this faith is to see what you believe."
Saint Augustine
1 comment:

There's Always Something You Can Do

“Do what you can, with what you have, where you are.” 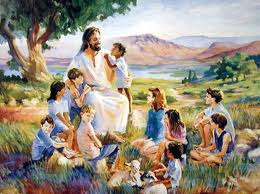 "We hold in our arms the rising generation. They come to this earth with important responsibilities and great spiritual capacities. We cannot be casual in how we prepare them. Our challenge as parents and teachers is not to create a spiritual core in their souls but rather to fan the flame of their spiritual core already aglow with the fire of their premortal faith."

"To fathers and mothers, to grandfathers and grandmothers, and to those without children of their own who lovingly nurture children and youth, my counsel is to speak more frequently about Jesus Christ. In His holy name is great spiritual power. “There [is] no other name given nor any other way … whereby salvation can come unto the children of men, only in and through the name of Christ.”

"As you reverently speak about the Savior—in the car, on the bus, at the dinner table, as you kneel in prayer, during scripture study, or in late-night conversations—the Spirit of the Lord will accompany your words."

(Re-posted from here)
No comments:

"Parents should teach their children to pray. The child learns both from what the parents do and what they say. The child who sees a mother or a father pass through the trials of life with fervent prayer to God and then hears a sincere testimony that God answered in kindness will remember what he or she saw and heard."
Henry B. Eyring, "That He May Write upon Our Hearts," Ensign, Aug. 2009, 5
1 comment: 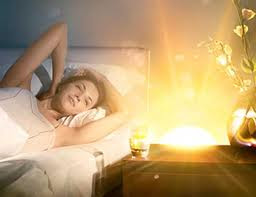 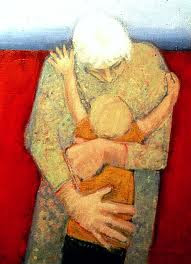 "A mother becomes a true grandmother the day she stops noticing the terrible things her children do because she is so enchanted with the wonderful things her grandchildren do."
~Lois Wyse
No comments:

Email ThisBlogThis!Share to TwitterShare to FacebookShare to Pinterest
Labels: Grandparents, Motherhood
Newer Posts Older Posts Home
Subscribe to: Posts (Atom)
Welcome! Feel free to share anything on here, but if sharing please link back to the blog post & 'Spiritually Speaking Printable' images are free for personal use, with no commercial purposes, as they are COPYRIGHTED and may NOT be altered without my written permission. xx 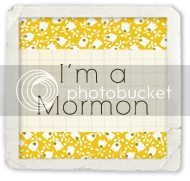