What Have I Lost?

"Brother [Thomas B.] Marsh was one of the first modern-day Apostles . . . . He eventually became President of the Quorum of the Twelve Apostles.
"While the Saints were in Far West, Missouri, Elizabeth Marsh, Thomas's wife, and her friend Sister Harris decided they would exchange milk in order to make more cheese than they otherwise could. . . . They agreed that they should not save what were called the strippings. . . . Strippings came at the end of the milking and were richer in cream.
"Sister Harris was faithful to the agreement, but Sister Marsh, desiring to make some especially delicious cheese, saved a pint of strippings from each cow and sent Sister Harris the milk without the strippings. This caused the two women to quarrel. . . . The matter was referred to the home teachers to settle. They found Elizabeth Marsh guilty of failure to keep her agreement. She and her husband were upset with the decision, and the matter was then referred to the bishop for a Church trial. The bishop's court decided that the strippings were wrongfully saved. . . .
"Thomas Marsh appealed to the high council, and the men comprising this council confirmed the bishop's decision. He then appealed to the First Presidency of the Church. Joseph Smith and his counselors considered the case and upheld the decision of the high council.
"Elder Thomas B. Marsh, who sided with his wife through all of this, became angrier with each successive decision—so angry, in fact, that he went before a magistrate and swore that the Mormons were hostile toward the state of Missouri. . . .
"After 19 years of rancor and loss, Thomas B. Marsh made his way to the Salt Lake Valley and asked President Brigham Young for forgiveness. . . . Said Brother Marsh: 'The Lord could get along very well without me and He . . . lost nothing by my falling out of the ranks; But O what have I lost?! Riches, greater riches than all this world or many planets like this could afford' (Thomas B. Marsh to Heber C. Kimball, May 5, 1857, Brigham Young Collection, Church History Library)."
Thomas S. Monson , "School Thy Feelings, O My Brother," Ensign, Nov. 2009, 68
No comments:

The Way Through Difficulties

‎"You never need to be discouraged or afraid. The way through difficulties has always been prepared for you and you will find it if you exercise faith."
~Henry B. Eyring
No comments: 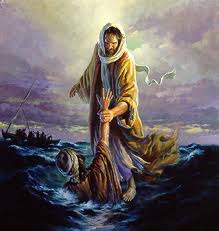 The Saviours disciples were on a boat one night and they saw a man walking across the water to them. The Saviour told them, “Be of good cheer; it is I; be not afraid.”
“And Peter answered him and said, Lord, if it be thou, bid me come unto thee on the water.
“And he said, Come. And when Peter was come down out of the ship, he walked on the water, to go to Jesus.
“But when he saw the wind boisterous, he was afraid; and beginning to sink, he cried, saying, Lord, save me.
“And immediately Jesus stretched forth his hand, and caught him, and said unto him, O thou of little faith,wherefore didst thou doubt?
(Matthew 14:27 - 31)

Like Peter, we desire to come closer to the Saviour, and the Saviour always says "Come". Often when we make the initial decision to make a concerted effort to come closer to Him we step out with all confidence in our actions and direction. More often than not the sea we cross to reach Him isn’t calm, usually, as Peter found, it is ‘boisterous’. The movement of the waves shook Peter’s faith, and He cried out for the Lord to save him. I think that is beautiful. And how long did it take the Saviour to save him? It says,‘immediately’ he stretched forth His hand, and caught him. The Saviour taught him that despite the external forces around him, that faith can overcome all obstacles in our journey to Him.

We will all have times when the vastness and immensity of what we are to cross seems greater than us, at those times when we reach for the Saviour He will reach for us, but He will also teach us that we don’t need to doubt, only increase in faith.

President Thomas S. Monson shared this:
"President Stephen L Richards, who was a counselor in the First Presidency many years ago, was a profound thinker. He said, 'Faith and doubt cannot exist in the same mind at the same time, for one will dispel the other.' My advice is to seek faith and dispel doubt."
(Thomas S Monson, "Pathways to Perfection," Ensign,May 2002, 99)
No comments:

‎"It is not the mountain we conquer but ourselves."
Sir Edmund Hillary
No comments:

Email ThisBlogThis!Share to TwitterShare to FacebookShare to Pinterest
Labels: Attributes, Self Control

Email ThisBlogThis!Share to TwitterShare to FacebookShare to Pinterest
Labels: Attitude, Attributes, Self Control

My 5 month old daughter has had a terrible cold since Thursday. On Thursday night she woke up at least every hour screaming, (she normally sleeps through), so I just held her all night so she could sleep more upright and breathe easier. Last night when we went to put her down she screamed and screamed at every attempt to lay her down, we even tried the baby swing and still she could find no comfort. I had the thought "MyMy needs a blessing", so I asked my husband to give her one, which he willingly did, and in it said that she would have a peaceful night. Tom rocked her until she fell asleep then laid her in her crib, it's now 9am and she's still sleeping.

I have a few people who are close to me who rationalize away things like blessings / prayers being answered as coincidences or your mind tricking itself into the miracle etc., but how can a 5 month old baby do that. MyMy didn't even understand the words her daddy spoke, but she can understand all of the feelings of the Spirit and her faith is pure, and she can receive miracles, I know because she did last night.


2 Ne. 27: 23
"For behold, I am God; and I am a God of miracles; and I will show unto the world that I am the same yesterday, today, and forever; and I not among the children of men save it be according to their faith".
PS - Happy Birthday President Monson, he's 83 today:)
1 comment:

"Attitude is a little thing that makes a big difference."
Winston Churchill
No comments:

Email ThisBlogThis!Share to TwitterShare to FacebookShare to Pinterest
Labels: Attitude 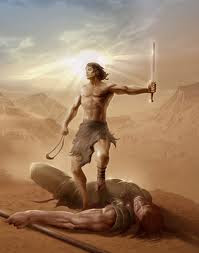 "Don't be discouraged at seemingly overwhelming odds in your desire to live and to help others live God's commandments. At times it may seem like David trying to fight Goliath. But remember, David did win."
--David B. Haight, Ensign, November 1977
1 comment:

BYU does Old Spice, "Study like a Scholar, Scholar"

If you haven't seen this, it's hilarious, a take on the Old Spice commercial:

How to get Happiness 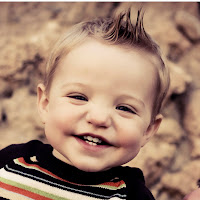 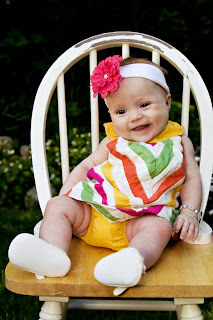 Maybe you could try this for your next ward talent show:)

The Call for Courage

"Life's journey is not traveled on a freeway devoid of obstacles, pitfalls, and snares. Rather, it is a pathway marked by forks and turnings. Decisions are constantly before us. To make them wisely, courage is needed: the courage to say, 'No,' the courage to say, 'Yes,' Decisions do determine destiny. The call for courage comes constantly to each of us. It has ever been so, and so shall it ever be."
"The Call for Courage," Ensign, May 2004, 54-55
No comments:

Email ThisBlogThis!Share to TwitterShare to FacebookShare to Pinterest
Labels: Courage

Never Give up in Life - A Moving Video 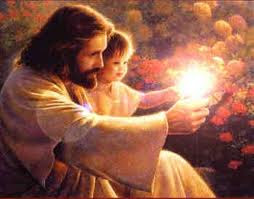 "Jesus Christ is not our last chance, He is our only chance. He will show us the way because He is the way."
-Sherie Dew, Saying It Like It Is
1 comment:

Email ThisBlogThis!Share to TwitterShare to FacebookShare to Pinterest
Labels: Saviour

‎"It is difficult to make a man miserable while he feels worthy of himself and claims kindred to the great God who made him."
Abraham Lincoln

Email ThisBlogThis!Share to TwitterShare to FacebookShare to Pinterest
Labels: Misery, Self Worth

Email ThisBlogThis!Share to TwitterShare to FacebookShare to Pinterest
Labels: Forgiveness

"All blame is a waste of time. No matter how much fault you find with another, and regardless of how much you blame him, it will not change you."
Wayne Dyer
2 comments:

Email ThisBlogThis!Share to TwitterShare to FacebookShare to Pinterest
Labels: Forgiveness
Newer Posts Older Posts Home
Subscribe to: Posts (Atom)
Welcome! Feel free to share anything on here, but if sharing please link back to the blog post & 'Spiritually Speaking Printable' images are free for personal use, with no commercial purposes, as they are COPYRIGHTED and may NOT be altered without my written permission. xx