The Beginning is the Most Important Part 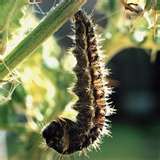 "Any task in life is easier if we approach it with the one at a time attitude. ... To cite a whimsical saying; 'If you chase two rabbits, both of them will escape.' No one is adequate to do everything all at once. We have to select what is important, what is possible, and begin where we are, with what we have. And if we begin and if we keep going the weight, the worry, the doubt, the depression will begin to lift .... We can't do everything always, but we can do something now, and doing something will help to lift the weight and lessen the worry, 'The beginning,' said Plato, 'is the most important part.'"

We Must Not Lose Hope

"We must not lose hope. Hope is an anchor to the souls of men. Satan would have us cast away that anchor. In this way he can bring discouragement and surrender. But we must not lose hope. The Lord is pleased with every effort, even the tiny, daily ones in which we strive to be more like Him. Though we may see that we have far to go on the road to perfection, we must not give up hope."

"We cannot repent for someone else. But we can forgive someone else, refusing to hold hostage those whom the Lord seeks to set free!"
--Neal A. Maxwell, "Repentance," Ensign, Nov. 1991, 30
No comments:

Then There Were Three - Something a Little More Personal

When we announced we were pregnant to our friends and family, I decided to write them an email to detail how Baby #3 came to be. I'm not really one to share very personal things about my life, and I think the only other time I have done it was right after my dad died a couple of years ago, but I have decided to share that email with you, hoping that if there is anyone out there who has had similar struggles it will help them too.
----------------------------------------------
"So, we're pregnant, and we couldn't be happier or feel more blessed!!! Most of you know some of the struggle we have had getting our last child here. Getting pregnant and keeping the baby long enough for it's heart to start beating is hard for my body. With both Bevan and Maija we were taking Clomid (a fertility drug) to help me, and it was successful very quickly both times (despite having two other miscarriages before each one). I had just finished up taking it again for 6 months straight, with only another two possible miscarriages to show for it, and I was feeling very discouraged. I knew that the third baby, as promised in my PB, would get here one way or the other, because God doesn't lie, but I just didn't know how my body was going to do it. Anyway, in February I asked a few family and friends to fast for a miracle for us, and decided to begin doing Artifical Inseminations in March. Well, the day before Maija's first birthday on March 18th, I made the shocking discovery that I was pregnant, no fertility meds, nothing. It was only a faint line and I went in for a blood test a couple of hours later. Of course I phoned the lab for my results directly, as I knew what result I was looking for, and it came back at 257 - definitely the early stages of pregnancy. They immediately put me on Promertrium (Progesterone), to help the baby stick, and I repeated the HCG test on Monday, and it had shot up to 1026, so it had quadrupled instead of doubling, because of the fast growth they scheduled me for an ultrasound for the following week when I would be 5 weeks and 6 days (the day the baby's heart starts beating).

So, I went in for an ultrasound two weeks ago hoping to hear a heartbeat, but the baby was measuring 9 days younger than it should have been at 4 weeks and 4 days, so they weren't yet able to see how viable this pregnancy would be. They told me that the pregnancy was in a grey area right now, with only a 50/50 chance that the baby would survive. The only option would be waiting to do another ultrasound in two weeks, and hoping that it had grown. On Thursday morning we went in and heard and saw a strong heartbeat of 142 bpm, Tom shed a tear, and I questioned her to make sure she was sure, really sure! I never really had any morning sickness with Bevan and Maija, but with this one I feel almost constantly nauseous, and I realise how lucky I was with the other two. I also forgot how tired you feel in the first trimester. I serioulsy feel jet-lagged, but I'm so glad to have all these feelings because I know it's all for an amazing cause:).

Over the past couple of weeks I've thought back to becoming pregnant with Bevan and MyMy, and realised that we have only fasted twice before to become pregnant, and each time it has resulted in a living child, so that gave me a little hope. I came across this quote recently that says:


"Sometimes, the Lord sends His blessings in such a highly unusual, dramatic, or precisely timed manner that it's as if the Lord 'signs' the blessing personally so we know with a certainty that it came from Him."
- Elder Gerald Lund, Divine Signature -
It is obvious to me that this is a blessing, precisely timed, by Heavenly Father, that sometimes our blessings don't come when we expect them, or hope they would come, but looking back, when they do come, they come in a way that we know with a certainty they came from Him. Baby Baker #3, is one of those times.
1 comment:

Sorry I've been pretty flakey with posts this week, I'm just heading into the second trimester of baby number 3 for us, and am waiting for a surge of energy to love me again, I guess having a two, almost three year old, and a one year old to look after too, sucks more energy than I imagined, but I've never been happier or had more fun! I'll do better next week:).xx
1 comment: 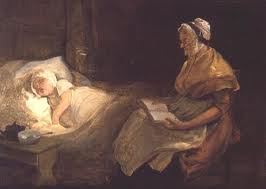 “Someone asked [a great opera singer who had a large family] which of her children was her favorite. Her reply revealed the depth of her true motherhood: ‘My favorite child is the one who is sick until he gets well or the one who is absent until he returns.’”

Motherhood: An Eternal Partnership with God

Happy Mothers Day, One and All!
No comments:

The Most Exquisite Love of All 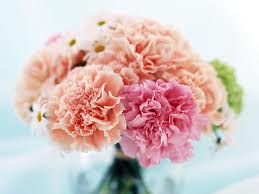 "Mothers are the people who love us for no good reason. And those of us who are mothers know it's the most exquisite love of all."
~Maggie Gallagher
1 comment:

Email ThisBlogThis!Share to TwitterShare to FacebookShare to Pinterest
Labels: Motherhood

He Did It For Us

“Though you may feel that no one can understand the depth of your despair, our Savior, Jesus Christ, understands. He suffered more than we can possibly imagine, and He did it for us; He did it for you. You are not alone.”
Dieter F. Uchtdorf, “Your Happily Ever After,” Ensign, May 2010, 126
No comments: 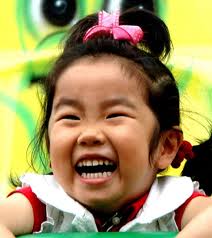 "When life gives you a hundred reasons to cry, show life that you have a thousand reasons to smile."
- Unknown -
1 comment:

"Never give up on something that you can't go a day without thinking about."
- Unknown
1 comment:

Email ThisBlogThis!Share to TwitterShare to FacebookShare to Pinterest
Labels: Goals
Newer Posts Older Posts Home
Subscribe to: Posts (Atom)
Welcome! Feel free to share anything on here, but if sharing please link back to the blog post & 'Spiritually Speaking Printable' images are free for personal use, with no commercial purposes, as they are COPYRIGHTED and may NOT be altered without my written permission. xx